Day 2 of the StaX campaign is in the books. Over the last 24 hours, we’ve had about $1,000 in additional pledges. Over the first 30 hours or so, we had about $2,500. Slow downs in campaigns are typical, but we have to figure out ways to drive more traffic to the campaign page.  One telling stat is that we’ve had so few video views off Kickstarter. This means our efforts to spread awareness have not been very successful.  I suspect the weekend to be slow, but we’ll have to figure out how to crank things up on Monday.

One interesting note from yesterday. We briefly appeared at the very top of the Staff Picks on Kickstarter’s Discover page. I’m guessing we were there for no more than 5 minutes. I don’t know how many views it created, but we had a run of 3 or 4 pledges during that brief period. That’s the kind of visibility that can really help drive the campaign. 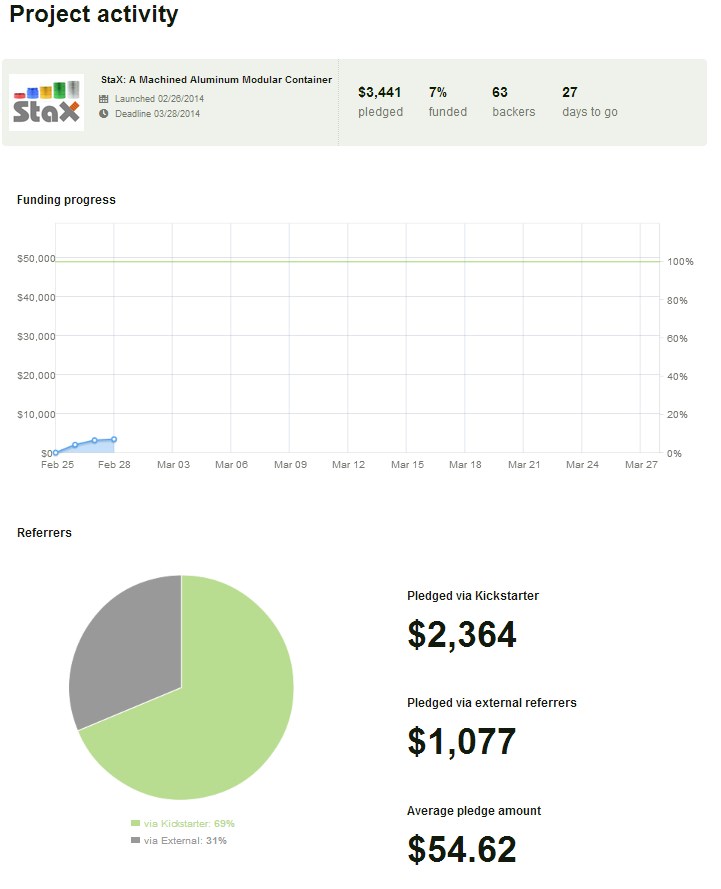 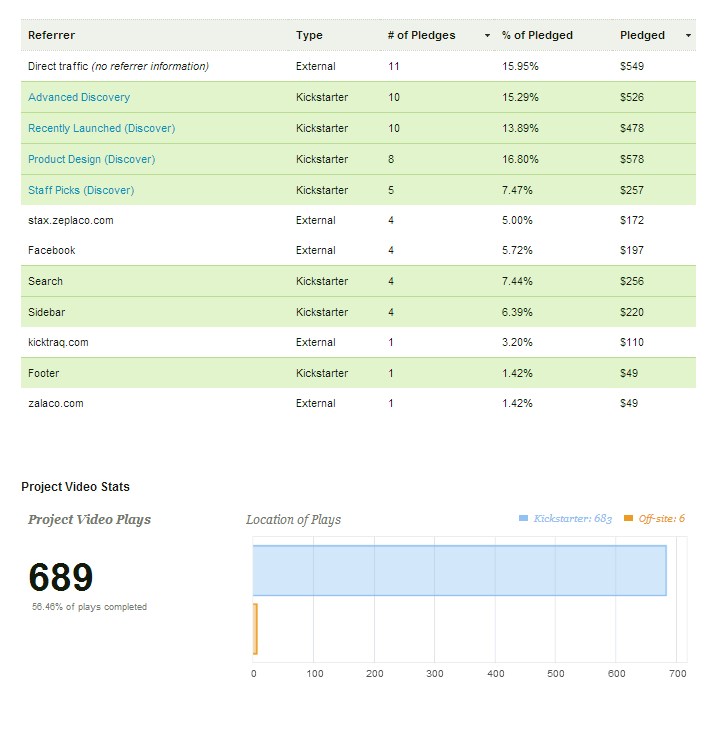